In 1890, Cornelius William Owens and Julia Owens founded C.W. Owens Truckmen with offices at Houston Street, Manhattan, right in the heart of the teaming lower east side.  Back then, the company was in the grocery business and of necessity, had to use horse and wagon.  When the "truck" was not hauling groceries, it was used to pick up general merchandise in the local area.

As the enterprise grew, heavier and more diversified commodities were hauled in the 15 wagons drawn by 30 horses which were kept in the company's livery stables.  Dry goods became a large part of the business and led to the company's direct involvement with some of New York's finest department stores; a tradition that was carried forward into the 90's before a lot of mergers forced us to make other decisions.

Just before the start of World War 1, Owens purchased it's first truck, a second hand Packard chain drive, replacing the horse with the horsepower engine.  Heavier commodities could be hauled including construction materials used in such famous landmarks as Rockefeller Center Ice Rink and Radio City Music Hall.

The transportation business has greatly changed since my great grandparents founded Owens Truckmen in 1890, but we have survived both World Wars, The Great Depression, high inflation, enormous fuel increases, and all the other obstacles we have encountered.

Owens Truckmen is still a family run operation with "hands on" experience with direction in specializing in the import/export market.  Owens Truckmen is now owned and operated by the family's fourth and fifth generations and committed to the same hard work and honesty that began over 120 years ago.

All of us at Owens Truckmen want to extend our greatest sincere thank you for your loyalty and support.  Owens Truckmen serves your needs through "old school" values combined with a very aggressive focus on today's technology.  Combined with our computer improvements, we are better equipped to serve your needs more quickly, efficiently, and cost effectively. 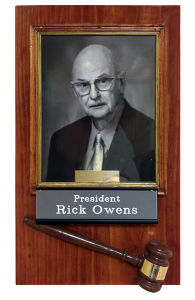 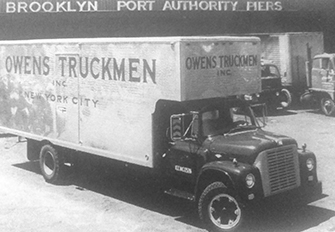 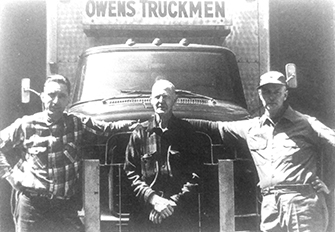 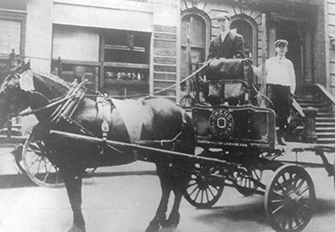 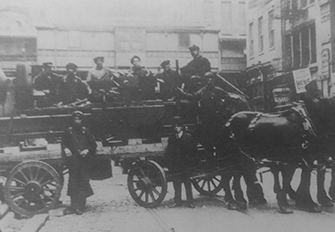